What's your favorite game and has it changed the longer you play on Green Felt? 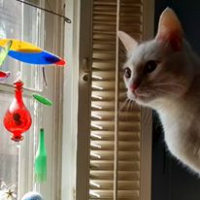 I started with Klondike, but now am addicted to Seahaven Towers.