I miss the anonymous players. 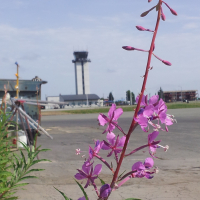 Oddly, I feel like we have been placed in quarantine. The many, many unlogged players were still part of the fun.